As we get closer to those few months of the year when it's not completely meaningless to own a convertible, I decided to do some research on the subject. Not because I enjoy having birds emptying their cloaca all over my leather seats every time I park under a tree, nor because I'd like to provide my soft-top to a thieve as the test polygon for his new knife... Even those extra 150kg making the car accelerate worse and consume more fuel don't excite me all that much. No, what interests me is something generally irrelevant to convertibles - the luggage space.

As the word itself says it is a space in which we transport luggage, and I somehow always have a lot of it. Luggage, not space. And when I say a lot, I think of the "Brazil-Germany World Cup 2014 Semi-Finals goal difference" a lot. Now, since the beginning of time, luggage and convertibles have gone together as much as lamb and nutella do. This significantly reduces their practical use and is one of the reasons why their popularity is so limited. However, one car defies the cliché and mocks the other members of this segment with its, amazing, 410 liters of luggage space. This figure is, of course, achieved with the soft-top up and by moving the lever to which adds roof storage to the rest of the luggage compartment. In practice this means that you can drive to the seaside without choosing between swimwear and sunscreen, because you can take both with you! 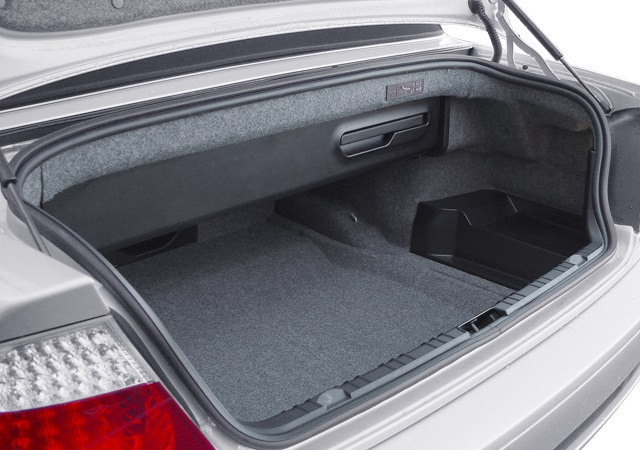 BMW has a long history and extensive experience in the production of cars with a removable top, and this specific model is one of the icons of its class. I chose the restyled version with, at that time, modern 2.5-liter gasoline naturally aspirated engine which is just able to cope with tone and a half of steel (out of which almost 200 kilograms of the roof mechanism). Its herd of 192 stallions is pulling the relatively heavy car linearly and with good inter-acceleration. All this, of course, costs money, and in the most European countries you'll pay more when it comes to road tax. The only engine below 2 liters in capacity is offered in the 318Ci and is inadequate for this type of vehicle, while the 320Ci with a 2.2 liter engine belongs to the same road tax category, but has 22 horsepower less. I conclude therefore that anyone who wants to enjoy the ride, while his better half's hair is flying all the way to the rear spoiler, should not take the four-cylinder engines into account. Also, diesels on offer should be avoided, since the hair will mostly go up rather than fly around while waiting for a tow truck in the emergency lane due to a freshly cooked turbine in oil. Just a remark: Not that BMW diesels are bad, they actually aren't, but as with all the modern diesels it just gets a bit to complicated. The specific popular 320d had worryingly high number of turbo failures and swirl flaps of the inlet manifold tend to break off and get digested by the engine. That's not something you'd like to happen to you - that's for sure. If, however, you still want a diesel, I'd recommend the three-liter 6-cylinder power-train which is quite relieved and has proved to be reliable in practice.

Other known issues with this, otherwise extremely reliable, car include silent blocks and wishbones of the front suspension system, as well as the rear shock absorber springs. These are the components that should be checked when buying an used BMW E46. Another problem that accompanies BMW models of that period is the water ingress in the plenum chamber, a space between the engine and the cabin, caused by the poor drainage allowing exit tubes to become clogged with leaves and other dirt. This later can jeopardize parts that are stored in a flooded chamber, of which the most sensitive is definitely the ECU.

In addition to all the above, I'd like to refer to the fact that this is a true representative of its brand, a car that drives well and provides excellent performance you would expect from a genuine rear wheel drive, while also offering all the advantages of premium convertible for maximal enjoyment in those couple of sunny days we don't spend at the office. It is not uncommon for drivers to reprogram their keys and the computer in the vehicle to be able to remotely open and close the soft-top. It takes about 20 seconds to automatically drop it and hide it behind its dedicated cover, exposing a luxury interior. That is, however, exactly 20 seconds too long when, from a nearby coffee shop, you observe a flock of birds landing on a branch just over your four-wheeled pet. Let's just say that the epilogue of such scene is often a bit less luxurious interior than it was before that terrible event. 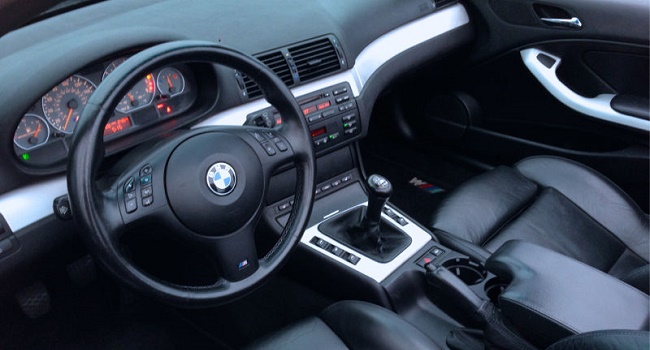 To conclude, the BMW E46 is one of the cars whose name in history is guaranteed, and the specific convertible version is traditionally well thought of and weighed. With a low starting price of just over 6,000 EUR nowadays it tempts us to, at least for a moment, listen to the heart instead of the mind and give ourselves a good sunbath while still on the way to the sea. That trip could even turn out to be cheaper than you had planned, only if you make use of the above-average luggage space and cross back the border with two Middle East friends more than you left with.
Engine info ( issues & breakdowns )