Somewhere in the 80's there was a breakthrough in the hot hatch segment. Just remember cars such as Volkswagen Golf Gti, Renault 5 GT, Lancia Delta Turbo Integrale, Peugeot 205 GTI etc. There, even while writing this I feel sorry for not still living in that age, but that's not our topic for today. A common thing to all of the vehicles mentioned was the fact that all of them were based on popular compact models with minimal visual differences. The difference becomes obvious when you try to direct you own fast & furious scene at a traffic light. And while you're still releasing the clutch on your Passat TDI (red 'D' and 'I', please!), driver of the car you challenged is already sitting with his family at the table for dinner. Ok, let's face it - he's sitting alone, as no family guy drives a car like that. Ok, fine, he's not having dinner at all as he spent his last 80 euro on a custom K&N high performance air filter. 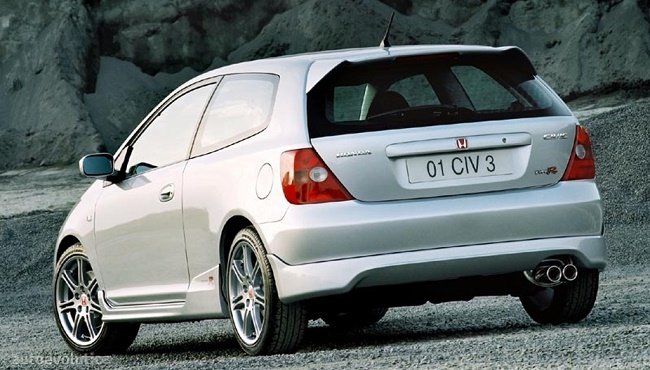 Honda knows this segment well and this brand's fans, along with me, justifiably point out the VTEC system which provides naturally aspirated petrol engines of the japanese manufacturer with this small, but significant advantage over the competition. That's why the Type R was accepted with delight by so many people in the 2001 as a true Honda representative in the traditionally prestige market of hot hatches. The Type R was designed by modifying regular 5-door Civic, but it was significantly shortened and lowered, and it's chassis was created using some special welding technologies. It also featured much stiffer suspension and reinforced braking system.

All this was a necessity for the small, barely 1.2 tone car to withstand a raging factory of horse power under its hood. That factory delivers 200 stallions between 6.000 i 7.400 revs, with almost as much Newton-meter of torque at 5.900 crankshaft rotations per minute. It's a two-litre i-VTEC, in a 16 valves DOHC configuration, which combines Honda's VTEC with the variable valve timing technology. This specific engine uses different camshaft profiles in both inlet and outlet manifold. System becomes active at 6.000 Rpm and it's absolutely clear that Type R brings the expression "Pedal to the metal" to a whole new level. 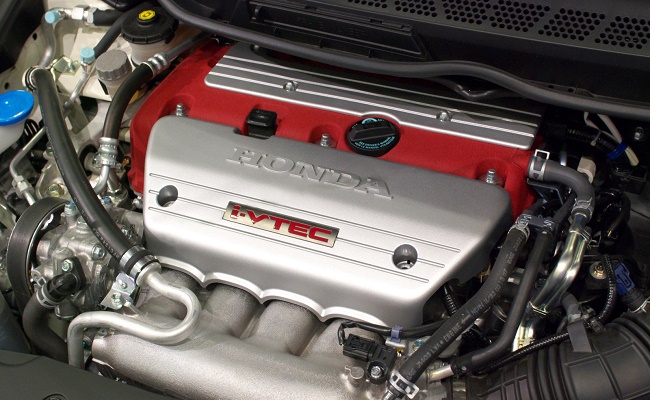 By the way, I was delighted the most by something which I hated at the first glance. It's the gearshift. Its lever is positioned in what I presumably thought was an awkward way. It sticks out high from the central console, as if it was a MPV you're driving. Nevertheless, after actually driving the car I could only confirm that the lever position is actually perfect, it makes you feel you're driving a sports car. And the six-speed manual transmission is unbelievably precise and fast with a noticeably short travel of the lever. Less impressive is the steering wheel which, similarly to most of the competitors, is pretty "cut-off" from the driver and doesn't really provide much information about what's going on under the wheels. Still, I see this as a compromise to the city driving which will actually make most of the C-segment car's life-span, no matter how sporty it is. 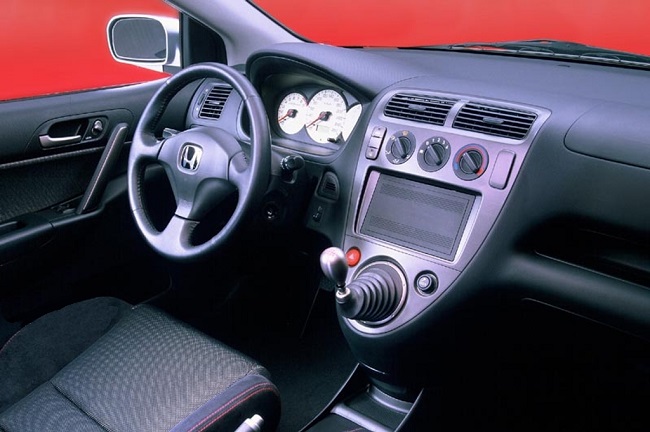 The fact that this car reaches 100km/h in only 6.4 seconds, half a second faster than the same generation Audi S3, speaks enough of the joy and fun this vehicle provides to its driver. A little less joyful is the petrol station visiting frequency, considering the (optimistic) factory-declared average consumption of 9 liters every 100 kilometers. But, just to be clear, if that's really so important to you and if you can't stand the fact that dolphins are suffering in the Atlantic Ocean because of 212 grams of CO2 your 4-wheeled pet produces every 1.000 meters, then I would really suggest another Honda Civic to you - a Sedan Hybrid. Others will gladly pray for the dolphins, and for you too, while rolling up the asphalt around the tires of this unusual car of extremely usual looks. They will be, at least, doing that until their air filter is due for replacement once again.
Engine info ( issues & breakdowns )