Nissan Tiida, commonly known as "What the hell!?", represents a school example of a horribly bad move made by a world-known automotive company. In case the name of this model doesn't ring a bell - don't worry: unlike me, you make part of those 98% of normal people. If, on the other hand, this is not your first time to read about this car, then you are most probably aware it's a Nissan's competitor in the C segment, Europe's most important segment since the beginning of time. The same segment in which, first Datsun, and then Nissan Sunny was finding its way on the path of success for decades, until replaced by the equally excellent Nissan Almera.

I guess that explains why Nissan, having high sales numbers and delighted customers in mind, decided to take the only logical direction killing Almera as a model completely. The same Almera that made way to 350.000 happy customers in its first generation, while the second skyrocketed over 500.000 in Europe only! What followed then was the inexplicably miserable Tiida with its catastrophic sales of barely 29.000 cars in Europe which, if you ask me, is more than it deserved. Voila, there you have a complete fiasco for no obvious reason whatsoever and this is exactly what drew me to explore this story a bit deeper, but let's do it one step at the time... 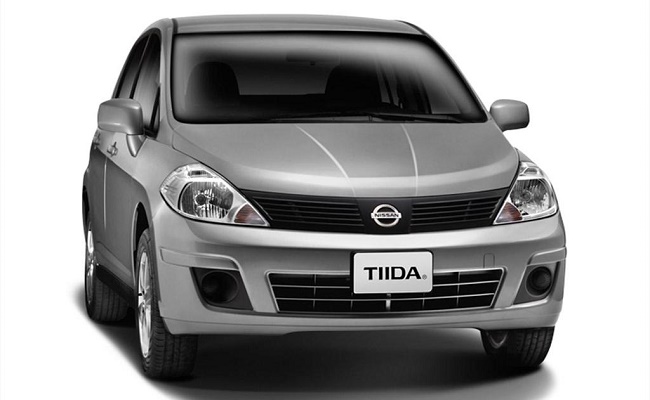 The context
As you might already read in my previous blog posts, in the middle 2000's Nissan decided to focus their strategy to the SUV i Crossover vehicles, having in mind that future lays exactly in those segments. Hence the murders of Almera & Primera which were dropped out for good. Instead they've put all their resources to, admittedly, extremely successful Qashqai. And all this would be somewhat acceptable, but the problem was their bad planning. They suddenly realized they had just lost Europe's largest and most important market of small and large family cars, and they started panicking. Like a teenage girl making a fuss by ignoring her friends' plans for a night out, only to run out of her home couple of hours later in a terrible outfit, they were making one bad decision after another. Their reaction to this new situation brought us Tiida, a model prepared in a rush but still expected to compete with some of the most established cars in the market, such as Ford Focus, Peugeot 307, and even Renault Megane on which Tiida is actually based. The defeat was inevitable, but I'm pretty sure nobody at Nissan expected results so devastating as the ones that followed. 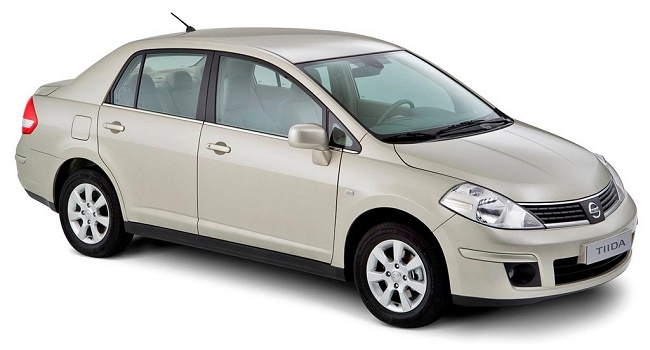 Design
The word design has it's root in Latin word designo, meaning I draw. And, if you think about it, Tiida actually looks as if it emarged from some kind of a drawing. An elementary school pupil's drawing of a Peugeot 307. Drawn with his left hand. In the dark. Furthermore, I'm unable to find a single angle from which this car looks at least harmonious, not to mention beautiful. And it doesn't even stop there because there was also a sedan variant, whose existence could be only justified by the desire to have at least something less attractive than the standard hatchback. Unfortunately, things don't get any better behind the wheel, and everything gives the impression of a sloppy design, without any idea or plan. There is only one thing that explains all of this and it's the rush, which is no friend of engineers when creating a new model expected to continue success of its predecessors. 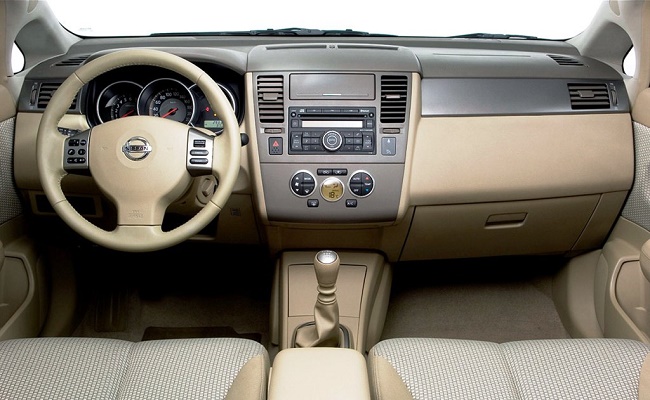 Safety
In order to make this car even less desirable, if possible by any means, Nissan decided not to go for the EuroNCAP test and by that denying any potential buyers the information on how safe is the car they are about to buy. Extremely bad decision considering that people are becoming more and more aware of this test's importance and that it represents one of the starting points to many of them when choosing their new ride. It becomes even more clear how ridiculous the decision was when we know that American Insurance Institute for Highway Safety (IIHS) tested it, proving the excellent structural stability of this car as well as the high level of safety equipment.

Engines
Although there were two proven in-house-developed petrol engines from the Nissan's repertoire of indestructible power-trains available, Europeans were traditionally more interested in the diesel option. Bad luck though, as this was the Renault 1.5 dCi engine which, on a scale from "Oh..." to "Yeah!", is there somewhere at "No God, why!?". Considering how 1.9 dCi variant proved in previous models of the Japanese brand - people tended to avoid it big time. And they were right! My personal position on 1.5 and 1.9 dCi engines is clear to anybody following my posts, and I'm not going to repeat myself, but let's just say it was a cherry on top of the whole disaster cake related to this model. 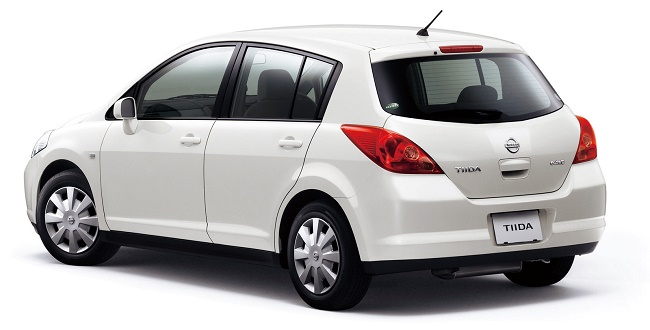 So, then, what is the conclusion of this sad story? Well, maybe the idea that Tiida, except for the justified reason for potential harakiri of Nissan's leading project manager, was actually some kind of symbolic death of this manufacturer when it comes to Europe's family cars market. Only recently a new hope emerged that this brand, for which I personally have a great amount of respect, will wake up from a decade-long sleep and that Nissan Pulsar will pave the way for some future Almera or Sunny worthy its predecessors. Until then, there are more than enough models out there for you to pick from and safely avoid the biggest black hole in the recent history of the Japanese manufacturer.
Engine info ( issues & breakdowns )